Visit us at our trade fairs and seminars

Celebration at LAUDA Scientific: Philipp Neumann and Frank Schwabenbauer celebrated their 10th company anniversary today in the presence of the General Management. 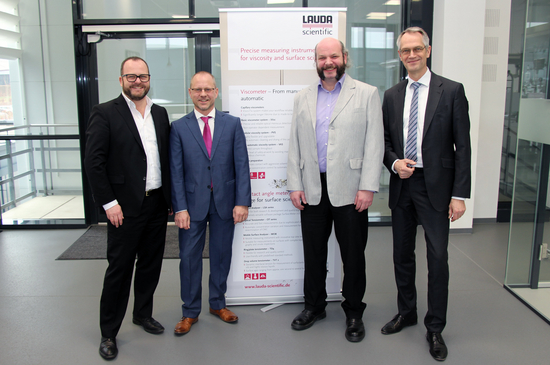 Both employees began their careers at LAUDA and in 2015 accompanied the spin-off of LAUDA Scientific, in which the Constant temperature equipment manufacturer renamed its measuring instruments division its own company. We congratulate them and look forward to many more years together.